Churches full of sinners, of course 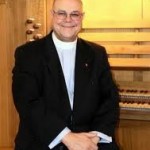 Two sexual molestation lawsuits against yet another Catholic institution surfaced late this summer. Bede Parry was a priest and director for a boys’ choir at Conception Abbey in Conception, Mo., about 17 miles southeast of Maryville. While supervising a boys’ choir camp in 1987, he allegedly engaged in sexual relations with a minor.

END_OF_DOCUMENT_TOKEN_TO_BE_REPLACED

Br. Bede Parry from Conception Abbey in Missouri attended the St. John’s University School of Theology between 1979 and 1982. During his second year, Br. Parry pursued a college freshman, twenty years his junior, who was interested in music and the priesthood. The first sexual misconduct included oral sex in a St. John’s University music room in the spring of 1981. The misconduct continued into the fall of 1981 when another student, also being pursued by Br. Parry, reported the misconduct to Fr. Rene McGraw.